Skip to content
How Long Does Roundup Stay Active In The Soil?

How Long Does Roundup Stay Active In The Soil? 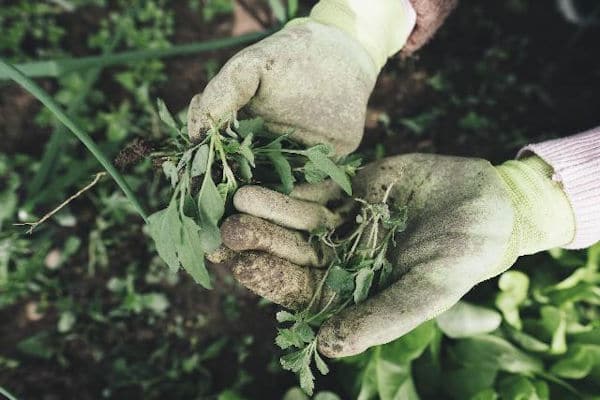 Without hard work, nothing grows but weeds – Gordon B. Hinkley

If you’re looking for a reliable solution to the weed problem in your yard, and want a guaranteed weed-free lawn, then the world’s most popular weed-killer would seem to be the obvious choice.

Roundup won its reputation as the definitive response to weed infestation the hard way. By doing exactly what it says it will on the label, and everything that Bayer claims it will.

But, you’ve probably heard the garden center tittle-tattle about Roundup, and with Monsanto (the company who originally developed and manufactured the herbicide before selling it to Bayer) having drifted into the public consciousness for all the wrong reasons in the last decade, you’re probably a little concerned about what the long term effects of using Roundup could be.

And you’re right to be concerned, as most of the time at least if something seems to be too good to be true, it’s usually because it is.

There is a degree of truth to the “rumors” that you’ve heard about Roundup. It is toxic to humans, and if ingested or you’re exposed to it while using the chemical, it can be extremely harmful to your health.

There are also various and in some cases, ongoing medical studies that have linked exposure to Roundup to both Parkinson’s Disease and cancer.

Don’t be alarmed though, as long as you take the proper precautions and follow the instructions on the packaging carefully, it is safe to use, and an effective and efficient way to deal with any unwanted, and unwelcome weed invasions.

What Is Roundup And How Does It Work?

Roundup is a glyphosate herbicide that needs to be directly applied to weeds in order to effectively kill them.

The active ingredient in Roundup, glyphosate is absorbed through the leaves of the weeds, or any other plants that it’s sprayed on and travels through the weed via the sap which destroys its ability to make the proteins that it needs in order to survive.

It’s a misnomer that Roundup is used in soil, as it needs to be directly applied to a weed in order to work.

Roundup, or more accurately its main active ingredient only appears in the soil around the area of infestation if it is spilled during spraying, or when it reaches the root system of the plant it’s being sprayed on, which can take anything up to two weeks.

Roundup Does And Don’ts

There are a number of factors that anyone spraying Roundup needs to be aware of before using it.

Anytime that it’s being applied to a weed infestation, whoever is spraying it needs to ensure that they’re wearing a protective mask, goggles, and gloves and that there are no exposed areas of skin that it might come into contact with. It’s always better to be safe than sorry.

Roundup shouldn’t be sprayed two hours before rainfall, or in the two-hour period falling any significant amount of rain.

As it’s liquid-based, it can easily be washed off the weeds (or any plants that it has been accidentally sprayed on) during that time window, but after that allotted time has passed, it’s not only absorbed into the plant but also forms a protective barrier on the surface of said plant.

The protective barrier was designed to ensure that it was safe as humanly possible to be used around animals and small children, as neither should come into direct contact with the chemical two hours after it’s been sprayed due to its toxicity.

It also means that if you are intending to spray Roundup to control the weeds that are slowly strangling your garden, you’ll have to make sure that you keep your pets and children away from the area being sprayed until those two hours are up.

Providing that you wait for the allotted amount of time and that it hasn’t rained in the meantime, you can let your kids and your dogs or cat out and they go as crazy as they want to, safe in the knowledge that the Roundup you’ve just sprayed won’t hurt them.

How Long Does Roundup Stay In Soil?

This is where things get slightly more complicated, as there isn’t an exact figure that you can use as a definitive guide. Glyphosate has an active lifespan of anywhere between one and one hundred and seventy days, depending on the weather and soil conditions.

How long it remains active in soil for, is also dependent on the concentration of glyphosate, and how it got there. 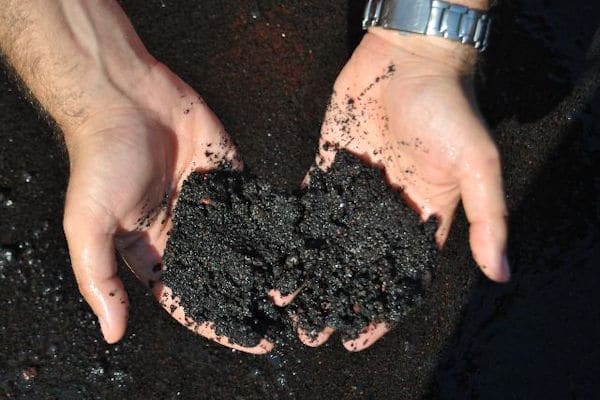 If it entered the soil via the root system of a plant, the concentration of the chemical is going to be significantly less than if it was spilled directly into, or on the soil of your yard or garden while it was being sprayed.

So, the answer to the question about how long Roundup remains active in the soil doesn’t actually have a definitive answer, as it can be anywhere between one day and six months.

Why Is Roundup In Soil A Potential Problem?

For most American households it isn’t really an issue, and shouldn’t even be a consideration when you spray Roundup in your garden.

For farmers and large-scale agricultural producers, it can be problematic, as glyphosate can contaminate the groundwater supply which can have a detrimental effect on any other crops being grown in the area that the Roundup was sprayed.

There’s also an ongoing debate among biologists and botanists concerning the effect that glyphosate has on the microorganisms responsible for ensuring the long-term health of the soil, and whether or not the chemical is poisonous to them, and can ultimately damage the fragile ecosystems that agriculture is dependent upon.

As long as you take adequate precautions before and after spraying Roundup and don’t use an excessive amount of the herbicide, it shouldn’t pose any threat to you, your pets, or your children.

And, six months after it has started to destroy the weeds in your garden, whether you spilled it during spraying or not, the glyphosate in the Roundup that you used will no longer be active in the soil of your yard and won’t pose any threat to any of your plants, or even the weeds that might, and by might we obviously mean will, reappear at some point in the future.